St. Peter’s Episcopal Church celebrates the wonder of God’s love in a community that embraces all who enter our doors. We take seriously our worship of God, our commitment to one another in this community of faith and our service of the homeless, the hungry and those seeking an education.

"They are trying to start another church in Clifton, of the Episcopal persuasion," wrote the anonymous author of "Little Strugglers" in an article dated Sept 16, 1896. Clifton, a village within Acquackanonk Township, had a population smaller than the current high school's student body, and the author believed housing more than one church regardless of denomination was a fool's errand. Officially founded on Nov 18, 1896, St. Peter's celebrated its 120th anniversary in 2016.

Founded under the name St. Paul's, the tale left to history states that a Scotch woman named Mrs. McDaniels desired church training for her children and on Aug 16, 1896, Sunday school classes began. They took place in McDaniel's Hall situated over the old Clifton Post Office and general store opposite the Erie Railroad station on what is now Getty Avenue. A report to the Diocese of Newark in 1918 stipulates that on Nov 18, 1896, services limited to morning and evening prayer, sermons, and Sunday school proceeded, with the "Little Strugglers" averaging 25 in attendance. The advisory board included George T. Anderson, Charles Williamson, Alvin Webb, E.G. Wells, Warren Hait, and Russell S. Trevitt. Along with the McDaniels and Mrs. Amelia Williamson, these "Little Strugglers" made up the heart of the mission. Bishop Thomas A. Starkey asked the Rev. William P. Evans, rector of St. Mark's Episcopal Church in Paterson, to become rector-in-charge and declared it a mission under the name of St. Peter's to avoid confusion with St. Paul's in Paterson.

In January 1897, a group of women interested in the new church formed the Dorcas Guild and became St. Peter's Mission's chief support largely through fundraising and outreach initiatives. The guild's members included many of Clifton's most prominent pioneer families, such as the Vreelands, and it was through the Dorcas Guild that the land between 2nd and 1st streets on Clifton Avenue was found and purchased. By April 23, 1899, the Rev. W.A. Long, now priest-in-charge, broke ground where the current church stands, and services in the new church began on Sept 17 of that year.

By 1906, a social life existed among the congregation, but was open to the public as well. To accommodate social activities, St. Peter's Mission built the Guild Hall onto the church and an "effort was made to contribute to the moral and social benefit of the town at large." Amenities found in the new facilities included the luxury of steam heat.

In December 1918, St. Peter's became an official parish and the Rev. Martin its rector. Throughout the 1920s, various activities and renovations surrounded St. Peter's Church. New land purchases expanded the landscape to include a rectory and the Parish Hall replaced the Guild Hall where it still stands in operation to this day. The Parish Hall increased space, adding not only square footage, but a stage for theater performances as well as a basement with the original intent that "sufficient space for bowling alleys, club rooms, Scout room, toilets, lavatories with showers, heat and storage" be given. The Parish Hall completed in 1921, held classes and other activities for the Clifton School District as well as various groups within the community, but unfortunately, this came at a price. In the 1930s with the Great Depression oppressing Americans everywhere, St. Peter's Episcopal Church dealt with a deficit due to a mortgage and the continued, yet necessary renovations. It was able to pay off the mortgage just in time for the 50th anniversary in 1946.

By 1956, the property of St. Peter's Church included two residential properties as well as the grounds housing the church, parish hall, and parking lot. However, the burgeoning congregation could no longer fit within the constraints of the original church structure. In 1963, a vote put to the congregation asked whether the church building should undergo extensive repairs or razed for the building of a new church. Prominent names in the church records leading up to 1963 included Chet Bania, Titian Belli, and Kenneth Huck, who always seemed to be working on a project in an effort to keep the grounds groomed, a roof intact, and the electricity working. Having outgrown the maximum occupancy of the church building, a vote of 50 – 41 saw to the secularization and demolition of the church for the current structure on Clifton Avenue.

Plans for the new building, zoning variances, construction permits, and fundraising occurred between 1964 and 1965 with demolition to occur in May 1965. Alas, the lead-up to the demolition of the old church brought tragedy. Architect Carl Kemm Loven died as did the chairman of the building committee, Kenneth Huck. Huck's death delayed the project, as he was supposed to oversee all engineering aspects of the project. His notes as well as bids from various companies can still be found in the archives at St. Peter's. By June 4, 1965, the building was down and the groundbreaking ceremony took place with Huck's daughter, Allicia, one of the participants.

Items from the original church including the baptismal font and stained glass windows were carefully stored and installed into the new church building bridging St. Peter’s past with its future. Throughout the construction, the church held services in the Parish Hall on the basketball court that once housed Clifton High School activities. A year later, on June 4, 1966, the new church opened with space for 256 people and has been in use ever since. 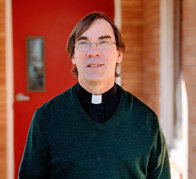 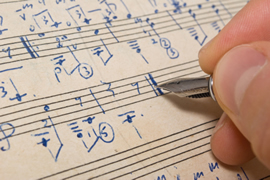 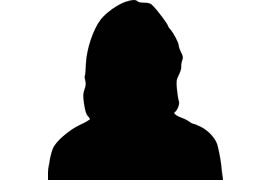 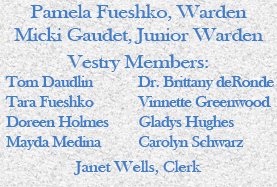